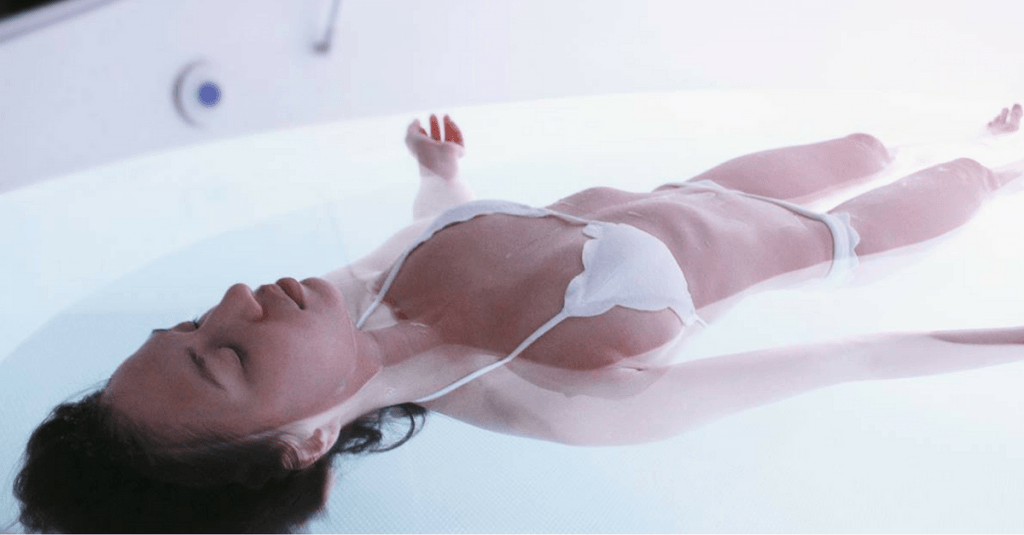 A Sensory Deprivation Technique To Improve Your Physical & Mental Health

Float therapy, also known as REST (restricted environmental stimulation therapy), is an alternative healing method. And as the acronym suggests, among the other benefits of float therapy, is the feeling of being completely rested and rejuvenated.

The concept of float therapy was first conceived by John C. Lily, an American neuroscientist, in the 1950s as a way of studying the psychological effects of cutting off all external sensory stimuli. The result of these experiments led to the observation that float therapy helps with the physical as well as mental healing. For those who are new to this concept, before delving further into the benefits of float therapy, let us first understand how this alternative treatment works.

What Is Float Therapy?

Float therapy or floatation therapy is a procedure that cuts off all external stimuli, using a tank or a pod, also known as “Float Tank”, “Isolation Tank” or “Sensory Deprivation Tank”. This float tank, once the participant enters it, is sealed, so as to be utterly devoid of light and sound. The tank is filled with water that is fully saturated with magnesium-rich Epsom salts, that the participant simply floats in it. The water and air in the tank are also controlled to be at skin temperature, i.e., 35.5°C, in which it is hard to tell what part of one’s body is in water and what part is outside.  Thus the participant floats in a near zero-gravity state completely cut off from all external stimuli.

Because one lacks the sense of light, sound, touch, movement, etc., these tanks are referred to as sensory deprivation tanks. On the other hand, cutting off all external stimuli helps to instead bring focus on one’s breathing, heartbeat, etc., thereby facilitating a sensory enhancement experience which can provide many psychological benefits. Perhaps that is why these dark, soundless float tanks are sometimes called the “womb room”!

The Science Behind Float Therapy

Magnesium sulfate(Epsom salts) diluted in water has been an age-old solution in many places for treating muscle soreness and relieving pain. Often the benefits are claimed to be due to the magnesium sulfate. However, science is yet to confirm, how much magnesium sulfate the body can absorb by floating in the Epsom salt bath. What we do know, however, is that warm water is known to relax the muscles. This, combined with the feeling of weightlessness and the silky texture of the water due to the Epsom salts tends to advance the healing of sore muscles. A Journal Of Strength & Conditioning Research study on bodybuilders found that those participants who had gone through a float therapy session after the workout, had considerably low blood lactate levels and less pain compared to their peers who chose to cooldown without the float therapy.

Without a doubt, the main benefits of float therapy are the mental benefits that have a trickle-down effect to give your body and mind a completely satisfying ‘rest.’ Overall, floatation helps to more than just relieve muscle pain. Let’s take a look now, at some of the primary benefits of this alternative healing technique.

From relaxing your muscles to calming down your mind, from relieving body pain to easing mental stress – float therapy is known to provide an overall relaxation experience that helps boost the body’s general healing capabilities. 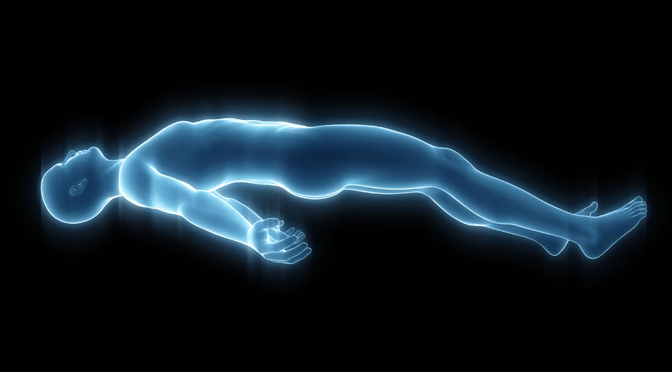 benefits Of Float Therapy #1: It helps you recover faster

As I had mentioned above, float therapy helps to release the lactic acid level in the blood. Due to the floating that happens in a near-zero gravity state, the muscles can release the lactic acids much more easily. This boosts up the rate at which the body heals muscle stiffness and pain. Faster recovery means you can get back to training more quickly. That is one of the reasons top athletes often use float therapy to one-up their athletic performance.

Benefits Of Float Therapy #2: It Gives You A Clear Skin

Magnesium sulfate has been known as a natural skin cleanser. It helps remove dead skin, unclog the pores, eliminate blackheads, etc., thereby giving you clear and glowing skin. The antibacterial and antimicrobial qualities of magnesium are also useful in treating skin conditions such as eczema.

Benefits Of Float Therapy #3: It lowers your stress level

Stress is often overlooked when dealing with improving or healing one’s body. As explained by the Stress Buster Model, high levels of stress not only hamper the healing process but can also have an adverse effect on the health. That is why, releasing stress is of the highest importance, and float therapy employs more than one way to combat stress. Firstly, the magnesium in the water is known to inhibit the ACTH hormone, which is responsible for releasing the stress hormone cortisol. Secondly, floating in a gravity-less state devoid of all external stimuli helps relax the muscle, which in turn reduces the stress level. And finally, the magnesium improves your sleep which again for a long way in combating stress. Adding another stress-busting activity to your post-workout routine could help considerably lower even high-stress levels. For example, the Benefits of Meditation have long been known to combat high-stress levels.

Benefits Of Float Therapy #4: It reduces anxiety and depression

When the body experiences stress, the hypothalamus in the brain signals the body to release cortisol and adrenaline, the stress hormones. High levels of stress cause the hypothalamus to become overactive, which commonly leads to depression.

On the other hand, the sensory deprivation experienced in the float tank along with the soothing effect of warm water, relaxes the body and mind, alleviating your mood. Also as the blood flow gets stimulated, the body releases endorphins, which promotes the feeling of happiness within oneself. In such ways, by minimizing the cortisol levels in the body, relaxing the muscles and the mind, float therapy helps to keep anxiety and depression under check. If you have been experiencing significant levels of depression and anxiety, then a few sessions of float therapy can help put you in a much more relaxed and happier space. You could even add other activities that help ease anxiety and depression. Check out the Benefits of morning walks, to learn how a natural and straightforward activity, early in the morning can give your day the perfect start it needs.

benefits Of Float Therapy #5: It helps to ease physical pain

Floating helps to put the body in a very relaxed environment. The weightlessness helps to ease the muscle tension, and also improves blood flow to the different parts of the body. The muscles are also able to release the lactic acid much faster leading to faster recovery. By bringing down stress levels and releasing endorphins, it also helps to alleviate the mood. Due to all these properties of float therapy, it is highly effective in reducing pain in cases such as fibromyalgia, degenerative or herniated disk, muscle & joint stiffness, headaches, migraine, etc.

Sleep is an essential factor for the body to heal and recover. With relaxed muscles, reduced pain, lows stress and anxiety levels, float therapy provides an environment that promotes sound sleep. The body experiences minimum disturbances that can disrupt sleep, thereby also leading to faster recovery.

Benefits Of Float Therapy #7: It makes your heart healthier

A good session of float therapy relaxes your muscles, joints and the mind. It brings down high-stress levels, cuts down on anxiety & depression, and helps in improving your sleep. All in all, all of these qualities helps to keep your blood pressure in check and your heart healthy.

Benefits Of Float Therapy #8: It leaves you feeling happy!

Finally, as a cumulative effect of all the benefits of float therapy mentioned above, regular sessions in the float tank induces the feeling of general happiness. By cutting down on all the negatives such as body pain, street, anxiety, depression, etc., and by releasing endorphins, float therapy promotes the feeling of general well being, which puts you in a good mood and feeling happy!

Considering all of the benefits that a simple, relaxing session of just floating in a womb-like space can provide, it should be clear why you should incorporate float therapy as part of your post-workout routine. Although it is generally very safe, you should speak to your doctor first to make sure, there are no pre-existing conditions, that requires you to avoid this alternative healing technique. Otherwise, if there is a float tank facility in your neighbourhood and is within your budget, you should absolutely give it a try. It is bound to be worth your time!

The feeling of floating weightless in a dark, soundless room is bound to be an experience worth sharing. So, if you have ever tried float therapy, please do share your experience with others by commenting below. And, in case, you still have some questions and are in Phuket, then get in touch, and I will help clear your doubts.

END_OF_DOCUMENT_TOKEN_TO_BE_REPLACED 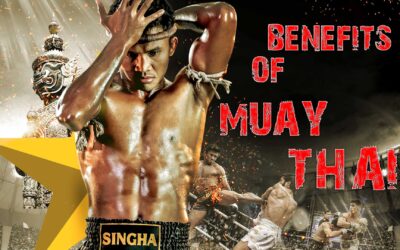 The ART of 8 limbsBenefits Of Muay Thai"Its not just about learning how to fight"Table Of Contents...