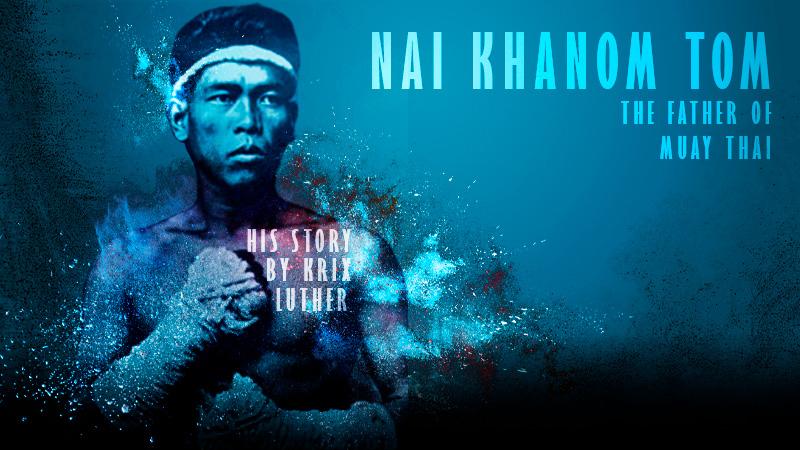 People around the world have always been fascinated by martial arts. Even more so since it got famous through movies. But martial arts far predates movies. It has been a vital tool not just to protect the individual but even entire nations. The combat and martial arts skill level marks the difference between the winning army and the losing one. Even a single highly skilled martial artist can prove to be a mighty obstacle for an entire army. Think we are exaggerating? Nai Khanom Tom is one such legend of the Martial Arts world that proves otherwise.

Any country that has had to defend itself against invaders long before the invention of guns and technology knows the importance of combat skills. For the Thai people, it is Muay Thai – the martial art of Thailand, that they take enormous pride in. Muay Thai, which can be traced back to the 16th century, has many legends, and as far as legends go, the Thai people hold Nai Khanom Tom as dearly as Muay Thai itself. They even have a Nai Khanom Tom Day, which is quite enthusiastically celebrated all across Thailand.

For those wondering who Nai Khanom Tom is, he is a common name in Thai households, especially among serious Muay Thai practitioners. However, an outsider will need to know a bit of history about Thailand & Muay Thai to know about this legendary historical character.

Of course, I’m assuming you are familiar with Muay Thai, a martial art from the Asian sub-continent that has gained a lot of popularity in recent times. Especially since UFC became popular among martial arts fans, seeing that many UFC/MMA fighters use Muay Thai for their stand up game. For those who are unaware, here’s a bit of insight into this highly effective martial art.

One thing the Thai people take immense pride in is Muay Thai – the martial art from Thailand. Commonly known as Thai Boxing, Muay Thai is also their national sport. This martial art has a reputation of being highly effective in close combat situations where the Muay Thai fighters turn their entire body into a weapon.

Muay Thai is the “art of eight limbs”, where, unlike most other martial arts, it uses both the elbows and knees to attack and use the arms and feet. By undergoing rigorous training, the Muay Thai fighters condition their forearms and shin to act as shields. They train almost every day for hours, throwing thousands of kicks and punches to master it.

As you can imagine, Muay Thai training is no walk in the park. It is an extremely intense training routine. But, of course, the result is totally worth all the effort if learning combat art is your goal. Actually, not just as a combat art, but from a physical and mental point of view, there are many benefits of Muay Thai.

Although it is highly effective in actual combat situations, in recent times, which has been peaceful compared to the old warring years, Muay Thai has been widely celebrated as a combat sport. Muay Thai matches and tournaments are commonly held during important festivals, especially at the temples. In 1921, Thailand built its first boxing ring at Suan Kulap.

Over time referees were introduced, matches were timed, the participants started wearing gloves instead of the traditional ropes and more rules were added to the sport. But the reverence for this traditional martial art remained the same as Thais all over the country gathered to watch the Muay Thai fighters display amazing skills and compete for the title of the best. As a reigning three-time national champion, I can vouch for the electrifying feeling of being the pride of the Thai people as they cheer for you.

But, of course, Muay Thai doesn’t hold a special place in the hearts of the Thai’s, just because it is a fascinating combat sport to watch. It is Muay Thai’s actual combat techniques that makes it so dear to the Thai’s. Muay Thai, before becoming more of a sport, was originally called Muay Boran – a full-on close-combat martial art meant for the battlefield.

It is with the help of Muay Boran, that the soldiers successfully protected the nation and its citizens from outside invaders. Muay Boran is no sport. It is an all-out, brutal fighting art meant to incapacitate the enemy. Here’s more on this deadly martial art that has defeated countless enemies.

While Muay Thai translates to Thai Boxing, Muay Boran literally translates to ancient boxing. And that is quite apt, considering how old this martial art is! The ancestor of Muay Thai, Muay Boran, represents the original combat art created by the Thai warriors before it was turned primarily into a sport. Sure, Muay Thai is an effective martial art, but it does not intend to fatally injure the opponent. Unlike Muay Boran, which was designed especially for the battlefield, where everything goes.

There are many differences between Muay Thai and Muay Boran. But, of course, the primary reason for this is that one is a sport that utilizes combat art, while the other is purely a combat art! Which means much fewer rules and only one goal – to defeat the enemy at all cost.

Moves that carry a high risk of fatally injuring the opponent are out for Muay Thai. So are cheap shots like kicking in the groin. Whereas Muay Boran encourages you to use any opening to strike the throat, hit on the back of the head, or even headbutting. For more details and the similarities & differences between Muay Thai and this ancient Thai martial art, check out this post on Muay Boran.

Sure, Muay Boran seems quite brutal. And it’s true too! That is because Muay Boran was meant to be used to defeat enemies during times of war. And war is brutal. When the enemy country invades, the life of all your citizens is at stake. Muay Boran can be traced back to this type of situation when the Kingdom of Ayutthaya was attacked and captured by the King of Burma in 1776. And this is where the hero of our story, Nai Khanom Tom, comes in.

The Story Of Nai Khanom Tom

On March 17 of every year, the whole of Thailand celebrates Nai Khanom Day. This day is also referred to as Boxers Day, National Muay Boran Day or National Muay Thai Day. On this day, the Thai’s celebrated their much-cherished Muay Thai or the even older martial art of Muay Boran. But the true celebration goes much deeper. It is in honour of their national hero Nai Khanom Tom, to whom they owe their freedom.

The story goes that in 1774 the Burmese successfully invaded and captured the Ayutthaya kingdom of Siam (now Thailand). As happens in such cases, thousands of Siamese people were taken, prisoners. Their fate now laid in the hands of the Burmese king.

For the Burmese, of course, it was a time to celebrate. So much so that they decided to have a festival to celebrate their victory over Siam. Festival means entertainment, sports, games etc. Testing of fighting skills with the fallen enemy was going to be the prime event for the super-confident from recent victory, Burmese people. Which meant competition between Muay Boran and the Burmese martial art, called Parma.

There were quite a few differences between the martial arts. The main one being that Parma used mainly only fists, while Muay Boran was known as the art of eight limbs. Which meant using both elbows, knees and feet along with the fists. Well, the Burmese were still feeling over the top from their recent victory. But when it came to choosing the Siamese (or Thai) fighter, the choice was obvious. A warrior who was known for his never-give-up fighting Spirit and unmatched combat skills – Nai Khanom Tom.

The chosen Burmese Parma fighter wore a traditional sarong of ankle length. He would move about in a slow-motion, almost dance-like movement around the opponent and attack any opening. On the other hand, Nai Khanom Tom wore the traditional pannung, a loincloth wrapped around and tied into a knot at the back. Just the clothing itself gave Nai Khanom Tom the advantage of mobility.

Before the start of the fight, as per the Muay Boran ritual, Nai Khanom Tom performed the ‘Wai Kru’ dance, after which he went ahead and defeated the Burmese fighter by knockout! So naturally, the Burmese were shocked and disappointed, to say the least. The referee, however, quickly dismissed the fight claiming the Wai Kru to be some sort of Black Magic that distracted the Burmese fighter.

The fighting prowess displayed by the Thai warrior with his various Muay Boran moves were so impressive that King Mangra himself was one of the first to applaud Nai Khanom Tom’s undisputed victory. The King even exclaimed that every part of the Thai’s are blessed with venom and that with just the bare hands, a single Thai warrior can fell even 10 opponents. And as a reward, King Mangra granted Nai Khanom Tom and all Siamese prisoners their freedom. That day was March 17th, and it came to be, quite aptly, known as Nai Khanom Day.

By displaying amazing and unbeatable fighting skills, Nai Khanom Tom made the Thai martial art Muay Boran known to the world. Over time, as the age of war subsided, Muay Boran was modified with more rules into the combat sport Muay Thai. With combat sports gaining popularity and fighters worldwide looking to improve their combat ability further, Muay Thai soon became a vital part of most Mixed Martial Arts training.

The legend of Nai Khanom Tom, too, started gaining popularity as his tales would slowly spread to all corners of the world, especially among martial artists. Well, what better proof of popularity than having a movie made in his name. If you’re curious to know more, you can Watch Nai Khanom Tom On Youtube.

For the Thai’s of course, it is so much more than just fighting skills. Nai Khanom Tom fought for his country and its people. He stood strong and fearless in the face of an army. Despite his country being defeated, he still did not waver in his allegiance to his country. And with the help of the martial art Muay Boran and an unwavering determination, Nai Khanom Tom saved the entire country. This love for the country, unmatched willpower, determination, and a never-give-up attitude against all odds make Nai Khanom Tom the cherished hero of Thailand. 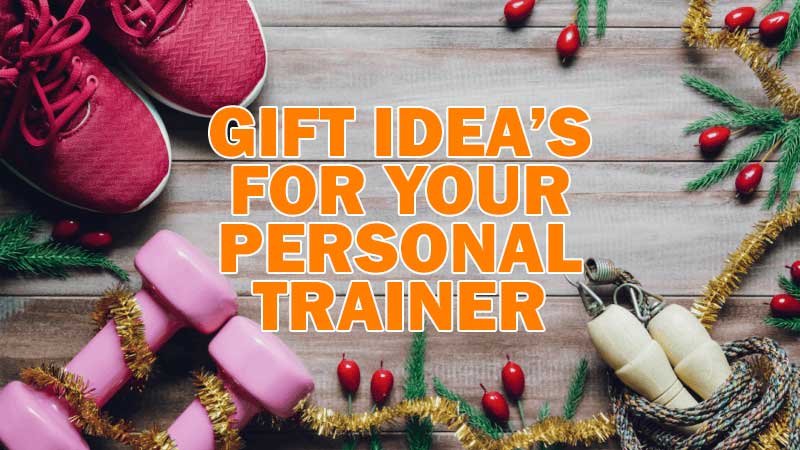 Gifts For A Personal Trainer

END_OF_DOCUMENT_TOKEN_TO_BE_REPLACED

Difference Between Mobility and Flexibility

Difference Between Mobility and Flexibility Just take a walk through any fitness centre, and...