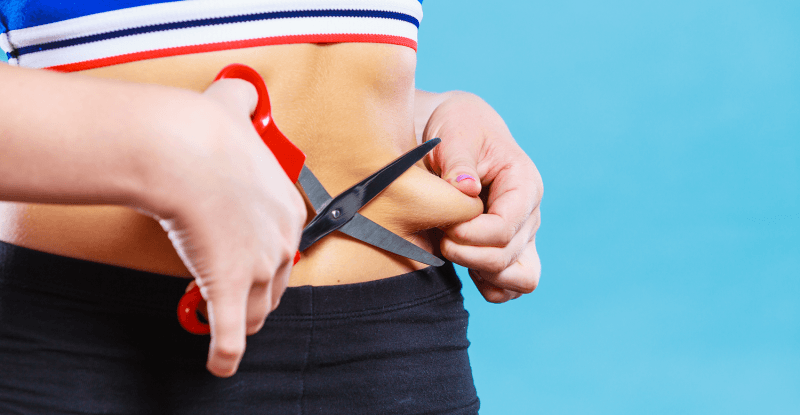 Given the constant bombardment of ‘beauty’ by advertisers across the globe, many of us are sensitive about where the fat settled down in our body. Some would have liked their tummy to be more tucked in, or the thighs a bit more slender. The obsession varies. Luckily, or rather unluckily, as you will soon find out, this desire to chisel out certain flabby body parts was addressed by the pseudo-fitness industry. And poof! like magic, the solution was coined with just two words – Spot Reduction.

Those, who have just stumbled upon this term or are yet unaware, spot reduction is a training methodology based on the theory that excess subcutaneous body fat stored in a specific part of the body can be reduced through exercises that focuses on those particular parts. Let’s take for example one of the most common desires – a flatter belly. Spot reduction, in this case, would have you curling up on those crunches like there’s no tomorrow.  Or maybe it has you going crazy using side bends to get rid of all those excess fat sticking to your thighs. If you can feel the burn, then the fat must be melting, right? The answer is a big fat No, although spot reduction prefers you to be dreaming otherwise.

Spot reduction, when it comes to losing body fat, especially from a particular location, is nothing more than spot foolishness.

How easy, it seems, to be able to trim down those bulging body parts. However, spot reduction is just a make-believe convenience that the businesses exploit to sell you useless exercise equipment! If you’ve ever been down that road, then you must have secretly guessed it already. Performing regular crunches etc. will most definitely strengthen your abs and make them larger. It will not, as you may have noticed, reduce the fat sticking on your stomach. Every body-movement uses up energy, which it collects from cells all over the body, and not particularly from the area you are focusing on. The burn you feel is from the strain, the muscle in that particular region is under, and not from the fat melting away…

Agreeably, it would be wonderful if we could just slim out specific parts of the body that feels unshapely, by putting time and effort into only those parts. The body, however, refuses to play along with the theory of spot reduction. Excess calories from the food you eat get converted to subcutaneous fat. To burn fat, you need to burn calories. During exercise, the body burns off calories to provide energy to the muscles. The body extracts and burns the calories from cells all over the body, to fulfil the energy requirement during exercise. It does not particularly target the cells from the part of the body you are working out.

For those who did fall for the myth of spot reduction, this is where things can get frustrating. Since the body burns fat from all over the body to supply fuel for the muscles being worked out, even after putting the time and effort into it, you won’t find the desired body part any particularly trimmed down. At least not more than the fat, the rest of your body has lost. Which means that those endless leg-lifts you did, would have indeed strengthened your leg muscles, but just doing that, won’t leave you with slim legs. Same as, if you have an oversized body, texting on your mobile phones all day, won’t leave you with skinny fingers! 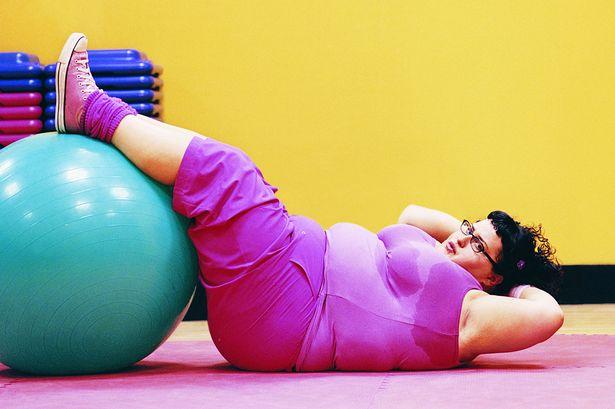 What fuels the myth behind spot reduction?

Medical science and health experts have long rebuked the theory that you can target specific areas from which to reduce fat in a non-surgical manner, through exercise. The myth of spot reduction, however, had the backing of money hungry advertisers, who targeted people’s insecurities about their own body. You will often find them advertising certain funny exercise equipment that doesn’t even sound scientifically correct.

It’s an old con game driven to sell fake workout equipment that promises to fulfil some fitness fantasy or for unqualified instructors to trick people into joining their course. By offering a way to make their dream come true, these advertisers con people into believing even the spot reduction theory. So if you spent hours on working out the fatty part of your body or tried the weird but quite convenient vibrating ‘exercise’ equipment that you have strapped on to your belly or thighs, in the end, there’s a fat chance that you didn’t particularly slim down where you wanted to. On the other hand, the specific area that does slim down, is but your wallet!

If you are conscious of excess fat on your body, then I don’t mean to demotivate you. In fact, by exposing the myth, I hope to save you from future disappointment. Losing, body fat is certainly possible, just not the way, spot reduction claims to do it. It is hard work, and it needs a much better understanding of your body.

As a fitness instructor, I often witness people making common fitness mistakes. Myths such as the spot reduction theory only make it worse. If you’ve been regularly and properly working out, and already have a toned down body, then those repetitive exercises concentrated on certain body parts will certainly help define those particular muscle groups much better. However, if you are looking to get lean first, then that approach will only leave you disheartened and with a sense of failure.

Where the body decides to store the excess fat, varies from person to person. Similarly, from where the body will start burning the fat, also varies. What one must understand from this, is that, if you want to lose body fat, then it needs an overall approach. As more calories need to be burned, the body will start extracting it from different parts of the body, thereby, losing fat. Eventually, the areas you were sensitive about, would also have gotten trimmed down.

The trouble is, health science is a very complicated subject, and we are still learning about our body. A common person, without any special training in this field, can often be tricked by the many myths around fitness training. Most are just a ploy to get you to buy equipment or into joining some fancy-sounding fitness class who come up with unverified theories like The Best Time To Train.

Here, on this blog, I try to rebuke such myths whenever possible. Sometimes, it can also be the other way round, where something that is claimed to be a myth, is actually very real. For example, folks who regularly work out often wonder, Is overtraining real? Many-a-times dismissed as a myth by overzealous instructors, ‘overtraining’ has been scientifically proven to be not only true but also quite critical. Sadly, the myth of spot reduction, too, has gained a strong foothold in, by targeting people’s insecurities and offering a ‘convenient’ solution to their misery. The only way to tackle such myths is by exposing them. So help spread the truth by sharing this article with people you know. Or, If you’ve ever fallen victim to the spot reduction myth, then share your story by commenting below, so that others may relate, and get out of it before they give up on working out!